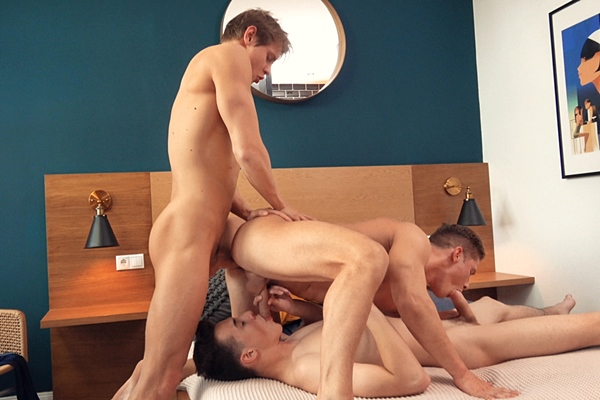 I’m glad to see Viggo turn into a versatil model at Freshmen. It turns me on watching this fit stud take a dick up his tight bubble ass. Eluan, John and Viggo make out, suck and rim each other until they get rock hard.