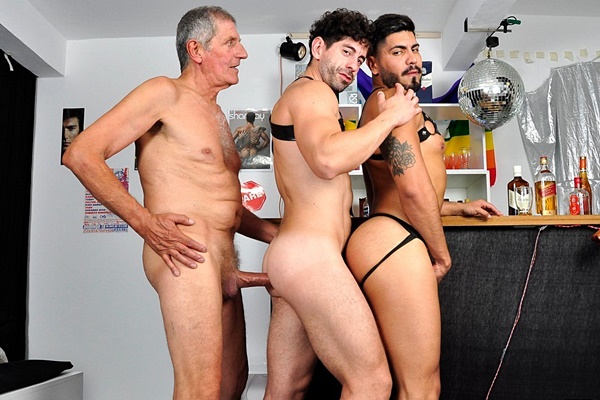 I introduce this scene for Chaco. He’s the one of most popular daddies at Older4me. You can imagine Chaco must be a hot stud when he’s young. Chaco is a 65-year-old silver fox with a big thick cock, and he has the insatiable appetite for a hungry manhole.

Icarus and Victorino are male strippers with fit muscle bodies. They take turns getting fucked in several positions, including a sandwich fuck train. Chaco nuts on Icarus’ face before Victorino gives Icarus another facial.