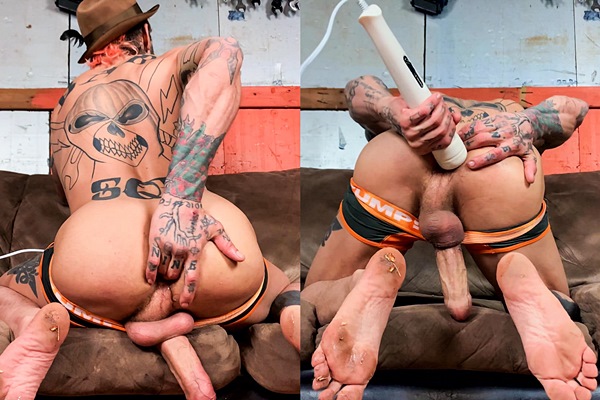 It’s always to see a tough straight guy like Bo push his limits. Bo fingered himself in his private cam show, but it’s the first time Bo’s trying ass play on camera. I hope it would be a good sign of his upcoming bottoming debut at Men.com someday.