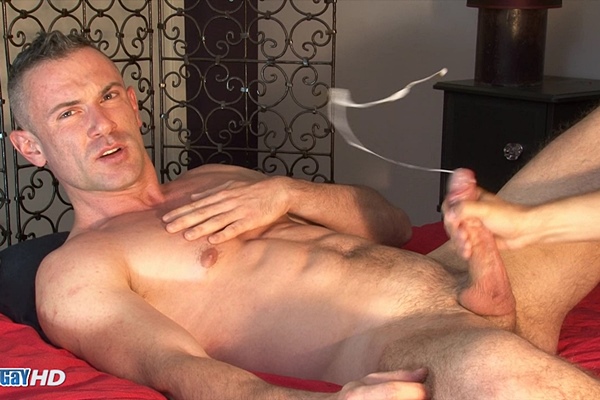 Lorenzo is a 29-year-old French firefighter with a tough macho look, lean ripped body, tight ass and a nice cock. He looks like Daniel Craig in some way. This is Lorenzo’s first scene on camera, and also his only scene at Keumgay.

The masseur gives Lorenzo a rub down and plays with Lorenzo’s dick and balls. He spreads Lorenzo’s ass apart to reveal his tight virgin hole. The masseur strokes Lorenzo’s cock until he milks a big juicy load out of Lorenzo’s hard pole.

3 Comments to “Keumgay – Hot Firefighter Lorenzo Massaged and Jerked Off”