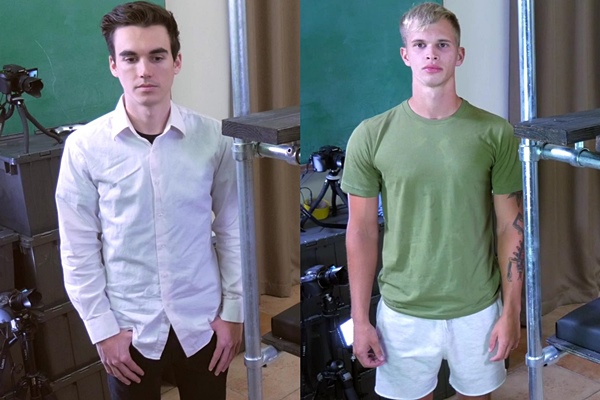 Both Carter and Dustin had done solo or jackoff scenes at Redhotstraightboys. Now they’re back to try something new – getting their virgin asses deflowered. The two are ordered to strip down before they get tied to the bondage tower.