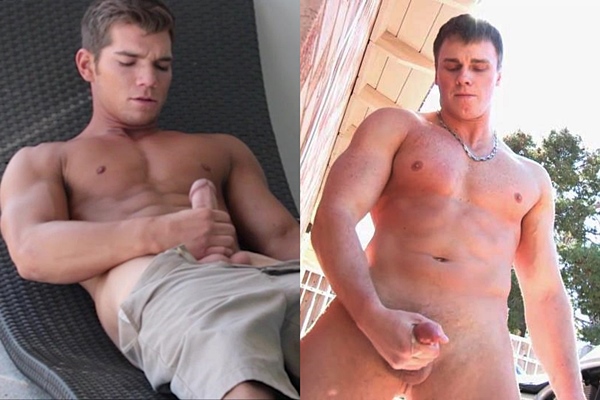 Aiden is one of my favorite models from Fratmen. He’s a straight muscle jock with a boy next door look, chiseled body, tight bubble ass and a fat cock. Watch Aiden jerk his cock and shoots a big sticky load across his naked torso.

Motorcycle stud Jax is a hot All-American bad boy with a tall, muscular body and a firm muscle butt. Jax jerks off by his motorcycle until he busts a nut. He works out and has a shower before he blows his second load in the bedroom.