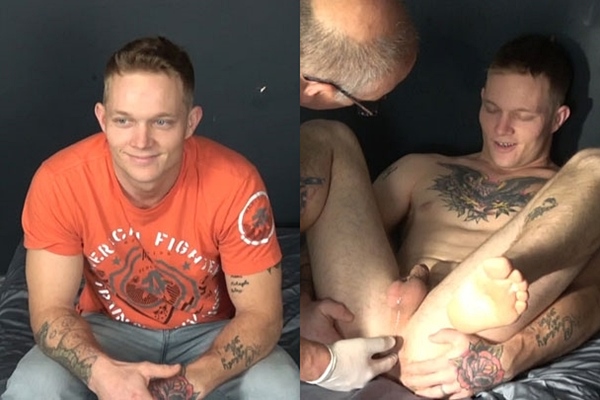 Buddy did a service scene at Slowteasinghandjobs before he joined Hardupstraightguys. He’s in desperate need of some quick cash and willing to do anything for it. Buddy is ordered to strip down and bend over to reveal his tight virgin hole.

Rich fingers Buddy’s virgin ass while he moans and complains in discomfort and shame. Rich takes Buddy over his knees and gives him his first ever enema, then makes him hold it while he squirms on my lap until he’s desperate to relieve himself.