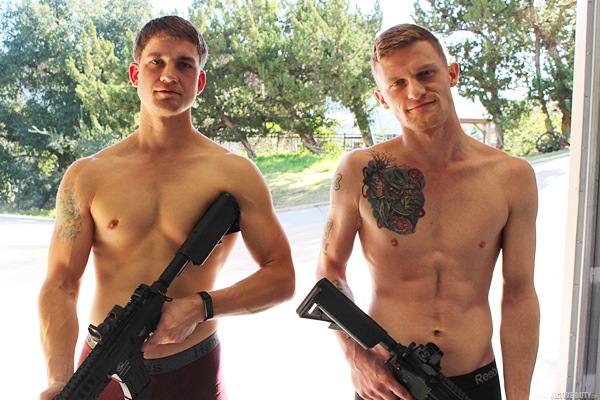 Brandon is a good looking straight guy with a lean fit body and a tight ass. Brandon did a solo at Nextdoorstudios before he joined Activeduty. It is great to see Brandon get his virgin ass popped in his first duo.