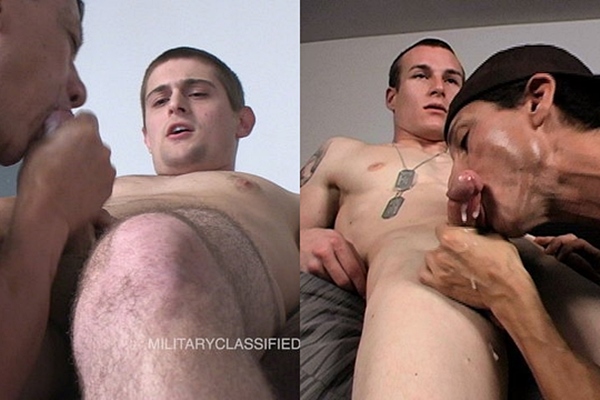 Watch The Full Video – Morrison and Richman Jerked Off

Morrison is the newest recruit from Militaryclassified. He’s a tall, straight Civilian with a fit body and a nice bubble butt. This is the first time Morrison gets service by a guy. Watch Rob deep throat Morrison’s dick until Morrison gets wanked off.

This is Richman’s only scene at Militaryclassified. Richman is a good looking straight recruit with a lean fit body, bubble ass and a fat curved cock. Watch Rob suck and stroke Richman’s dick until he milks a sticky load out of Richman’s hard boner.