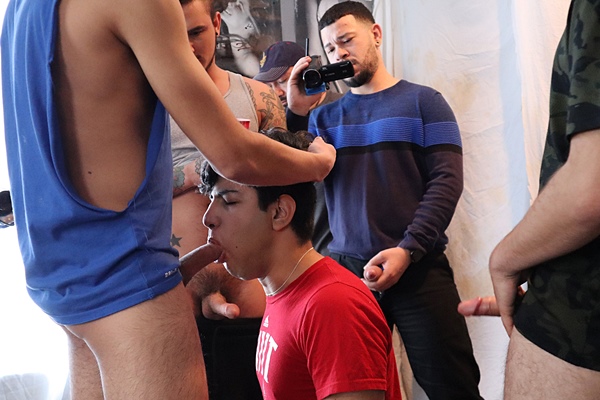 Here we have 6 new models at Fraternityx – Bryan Rebel, Carter Ford, Elio Knight, Jesse Avalon, Seth Knight and Maxy Grant. We’ve seen Seth in previous scenes, but the others are new faces. I added their names to the collage, so you know who they are.