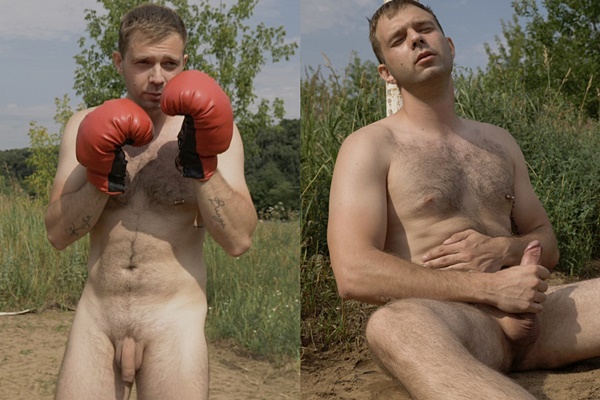 It’s nice to see masculine straight hunk, boxer Aleksei Dem push his limits and jerk off in front of camera for the first time. Watch Aleksei work out and show off his boxing skills outdoors before he milks a sticky load out of his hard boner.

Aleksei is a hot straight boxer with a macho look, fit hairy body and a nice uncut cock. Aleksei has done a few photo shot at Erectmodel. This time he’s trying something new – having intense male orgasm video after workout.

Aleksei strips down and works out on parallel bars before he shows off his boxing kills. Aleksei strokes his cock with boxing gloves before he shoots a nice creamy load in satisfaction.