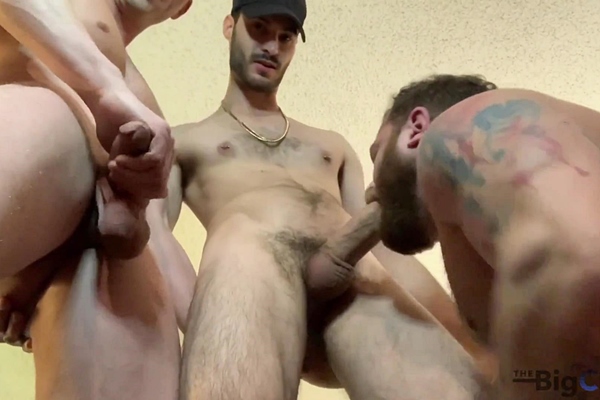 I introduce this scene for Bigdickfig, one of my favorite models from Thebigcmen. Bigdickfig is a good looking guy with great smiles, lean fit body and a long, big cock. Bigdickfig has been Cory’s fuck buddy for years. This is his first scene on camera.