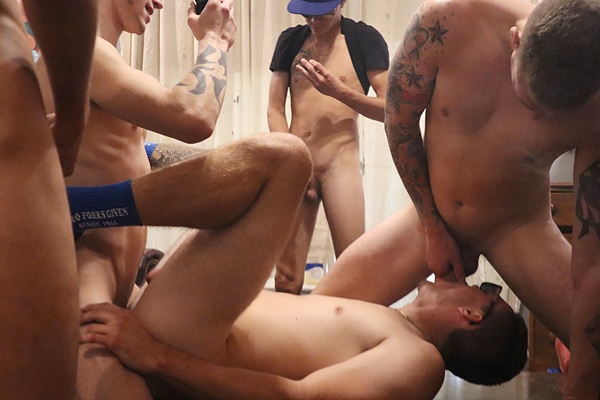 Austin has become one of my favorite models at Fraternityx. Austin made his bottoming debut in a previous episode “Nuts In Guts” last month. Now he’s back to bottom again. In this scene Austin proves himself as a good cock sucker as well.