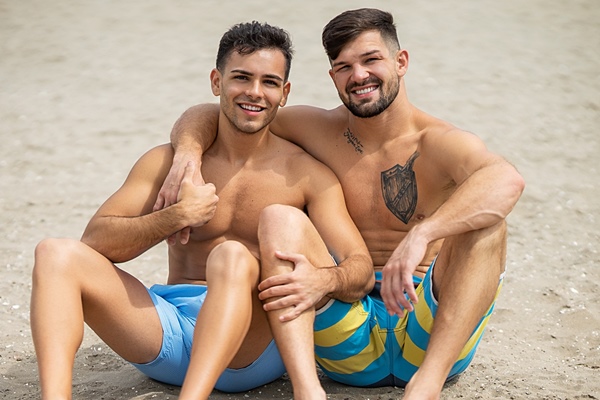 Noah is a hot young man with lean ripped body, a big dick and tight bubble ass. Noah and Brysen are friends off camera. He has bottomed for Brysen in private life, but this is the first time Noah gets fucked on camera.

Brysen and Noah start with a hot kiss before Brysen rims Noah. Then he barebacks Noah’s hot ass in doggy and missionary style. Brysen fucks a big juicy load out of Noah before he pulls out, adding to the mess with a creamy load of his own.