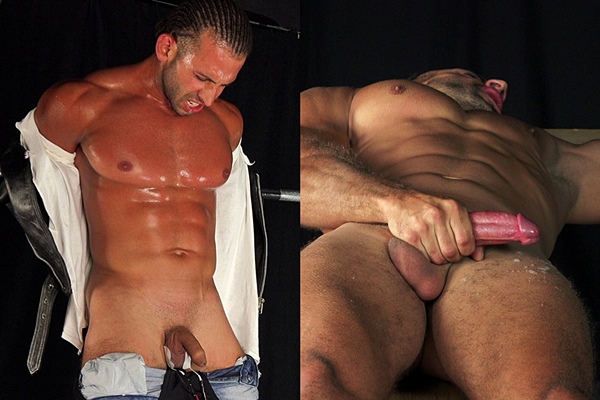 Julian is another hot model from Dreamboybondage. He’s a 26-year-old Brazilian who moved to USA. Julian is a hot straight beefcake with a rugged macho look, chiseled muscular body, tight bubble ass and a nice cock.

Julian gets bound, standing upright before master Anthony puts electrodes on sensitive his nipples. The first surge of electricity sends the muscle-stud into spasms of pain as his whole body shakes and his feet give-out under him.

His jockstrap is pulled down and the electrodes are moved to either side of his ball-sack. Julian begs for mercy. The brutal judge responds by increasing the power 30%, then 50%, as Julian’s balls are fried and his amazing muscles dance.

Julian is collapsed on the floor, naked, exhausted to his core by constant torture as Anthony gets Julian tied to a cross. Anthony gets one hand released before the muscle man is ordered to stroke a nice load out of his hard boner.