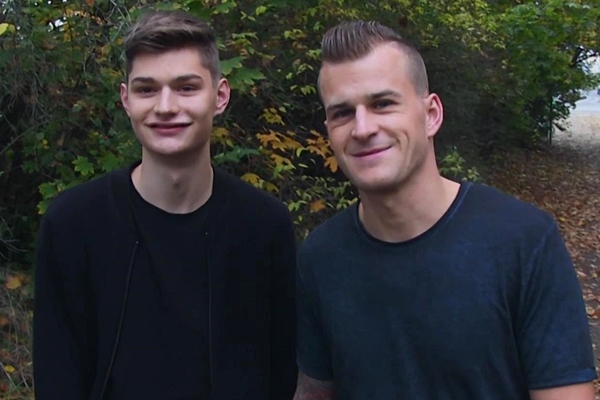 Jirka has appeared in a previous episode at Bigstr. Today, Jirka brings his hot friend (the right guy in the cover photo) for a threeway with the cameraman. I don’t know this newbie’s name, but he’s a good looking jock with a fit inked body and a tight ass.

Jirka and his friend suck the cameraman’s fat cock before Jirka and the cameraman take turns barebacking the newbie’s tight virgin hole in doggy and missionary positions.