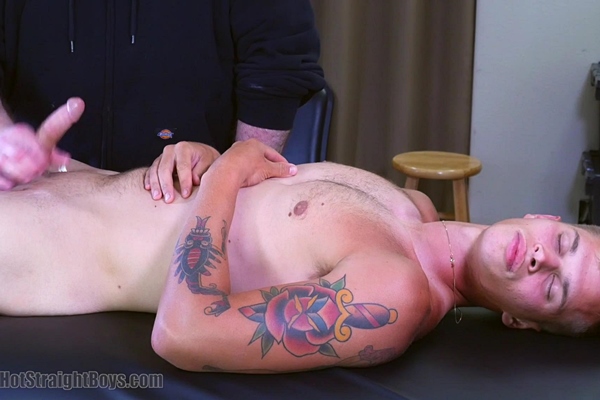 Dustin is a straight 21-year-old Marine with a lean fit body and a tight bubble ass. Dustin’s wife wants Dustin out there earning more than his construction job pays, so Dustin agrees to have his first gay experience for cash.

Tom puts Dustin on his massage table and proceeds to massage Dustin and play with Dustin’s dick and balls. Moments later, Dustin gets on his back before Tom jerks him off. It’s hot to see Dustin’s eyes rolling back into his head while getting wanked.