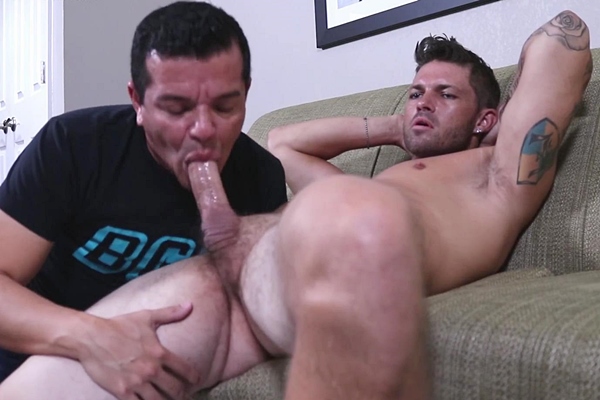 Roger has become my new crush at Beefcakehunter. The smiles on Roger’s face outshines the sun. Roger strips down to show off his naked muscle body and tight bubble ass. Victor plays with Roger’s dick before he deep throats it in passion.

One Comment to “Beefcakehunter – Handsome Bartender Roger Sucked and Jerked”