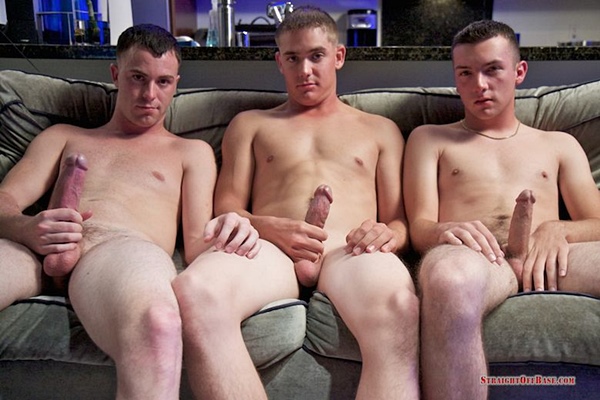 They are three hotties from Straightoffbase. Scott is the guy sitting in the middle in the cover photo. Scott is a good looking guy with a fit build and a tight bubble ass. I don’t know who’s Brent or Zach. The dude on the left has a big thick cock.