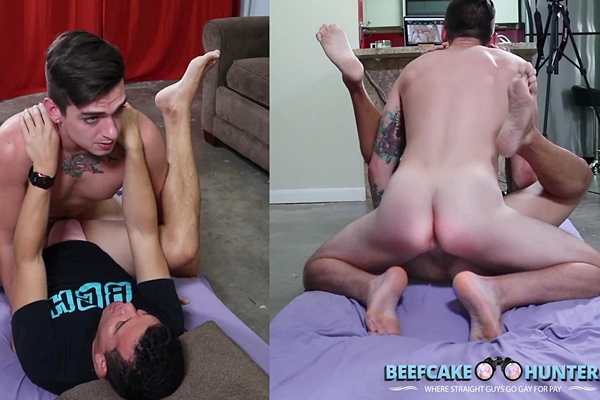 It’s nice to see fit straight muscle jock Danny push his limits and kiss a guy for the first time on screen. Watch Danny fuck Victor’s big juicy ass balls deep before he shoots his thick load inside the condom.

As one of the most popular models at Beefcakehunter, Danny has filmed two topping scenes before. This time Victot still wants to takes Danny’s dick up the ass, but he askes Danny to kiss him while Danny fucks him.

Victor licks, sucks and worships Danny’s dick, balls, armpits, nipples and legs before Danny drills Victor in cowboy, reverse cowgirl, doggy and missionary style as he kisses Victor in passion. Danny keeps fucking Victor until he busts a nut in the condom.