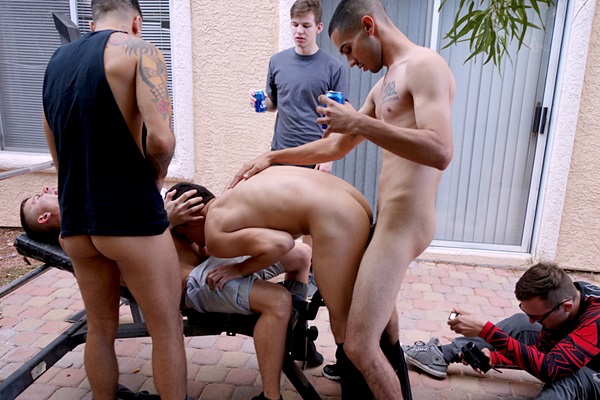 Leo, Jay and Evan take turns barebacking Hollen in doggy posiiton on the hallway before they move out to the backyard where they have a BBQ party. Hollden then gets his both holes filled with hard raw cock.

Moments later, They come inside and keep fucking Hollden on the stairs. Leo, Jay and Evan take turns shooting three juicy loads on Hollden’s ass cracks before they fuck their loads back in Hollden’s wrecked hole.