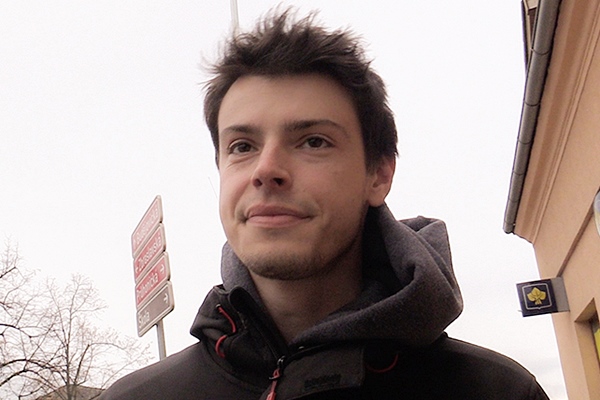 The dude is a hot Czech straight guy with kissable full lips, smooth body and a firm ass. He needs money to pay his college tuition fees, so he agrees to take the cameraman to his flat. The dude’s asked to strip down before they stroke each other’s cocks.