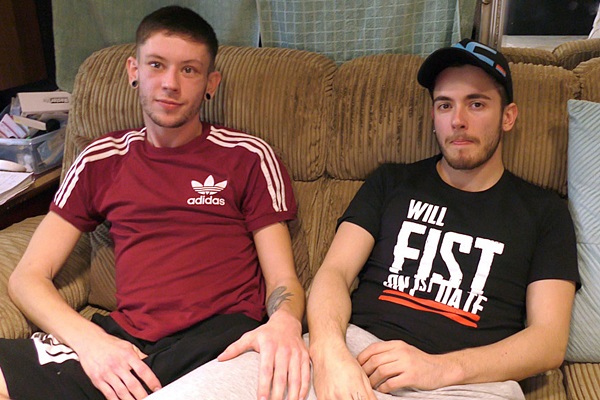 Hung Young Brit and Xaver take turns fucking Xaver’s boyfriend until they give him two facials. Then they double penetrate the bottom boy until they seed him. It’s hot to see Xaver feltch the load out of his boyfriend’s wrecked hole.