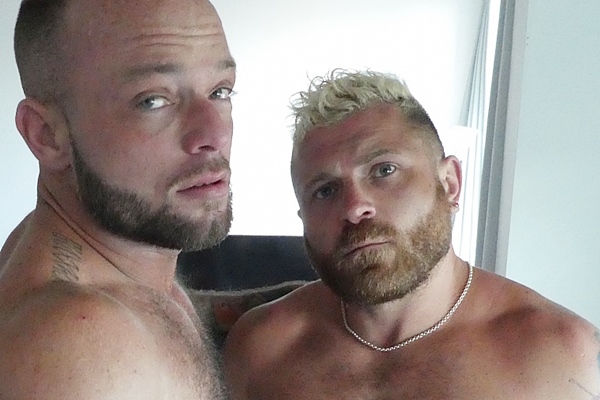 Macho stud Riley and Rod have a hot rawflip flop scene, and Rod also gets fucked for the first time on camera. Watch Riley and Rod take turns barebacking each other’s muscle butts until they blow their hot loads.

Both Riley (the guy wearing a necklace) and Rod are new faces at Maverickmendirects. They are masculine, sexy, hairy studs with muscular bodies and bubble butts. It’s nice to see rugged macho stud Rod get fucked for the first time on screen.

Riley finger fucks Rod’s tight hole to loosen him up before he pounds Rod’s tight bubble ass in missionary, doggy and sideway positions. Then they go off to shower and continue to blow and rim each other.