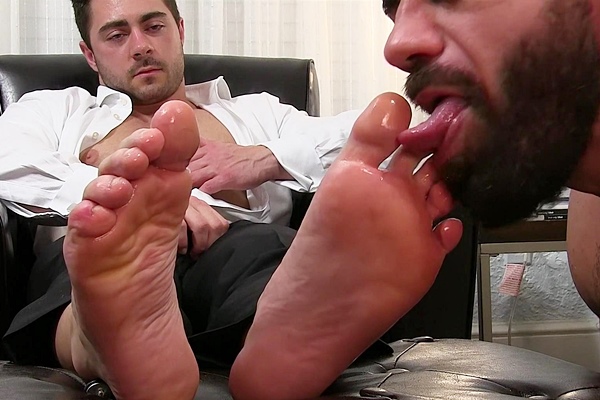 Beefy stud Derek Bolt has shot a few gay hardcore scenes at Men.com and Falconstudios. Now Derek’s gonna try something new and explore his kinky side at Myfriendsfeet. Ricky is happy to give Derek a hot foot worship session.

Derek pulls his hard boner out of his briefs and strokes it as Ricky continues to worships Derek’s feet. Ricky licks Derek’s masculine feet toe by toe until Derek can’t hold back any longer, shooting a juicy load onto his stomach.