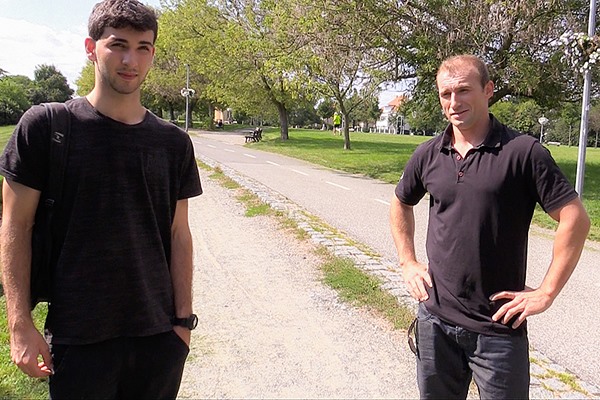 Both Lucas and that professional lifter are hot newcomers. I like that lifer who is a blond straight guy with his tough manly look, ripped body and a tight muscle butt. After some bargain, they finally agree to take Martin’s big offer.

The lifter also gets a chance to fuck Lucas’ tight hole in missionary and doggy style. Lucas blows his hot load before Martin adds to the mess with a creamy load. The lifter is too shy to jerk off in front of other guys. It’s understandable.