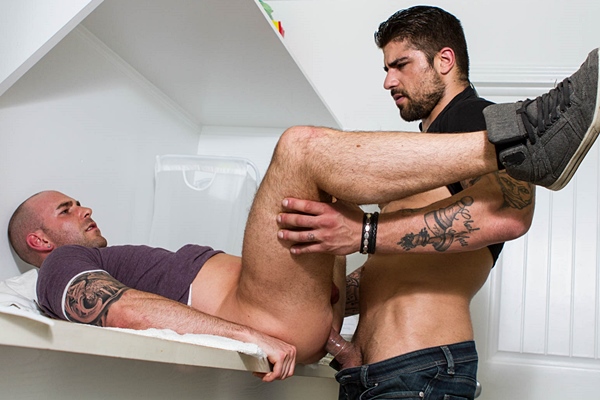 Shawn made his debut last month. Shawn did a solo at Maskurbate, then he fucked Alexy Tyler at Men.com. This is Shawn’s second sex scene, and also his bottoming debut.

Shawn is doing laundry while Ryan stands by, rubbing his crotch bulge. Shawn wastes no time, pulling Ryan’s thick cock out of his jeans and sucking it. Ryan then pounds Shawn’s bouncy ass in doggy, missionary and cowboy style.

Ryan fucks Shawn while filming the close-ups of the penetration even if some customers nearby might find out their secret. Shawn blows his thick creamy load onto Ryan’s chest before Ryan shoots his load into Shawn’s eager mouth.