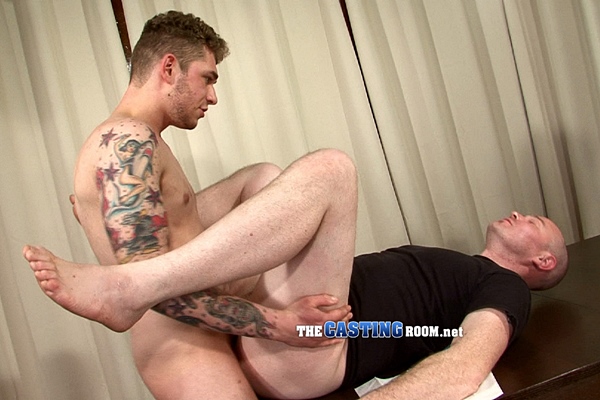 It’s nice to see hot British straight jock Fred get fucked for the first time on camera. Watch Dave and Fred take turns fucking each other nice and deep before they give each other two hot facials.