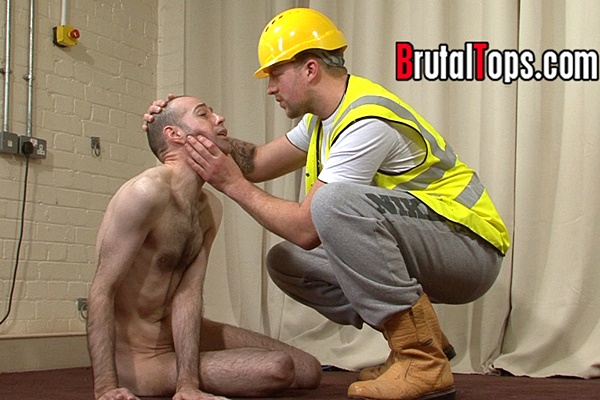 Hot straight construction worker, master Edward is back from a hard day on the site where he works. Watch Edward have pathetic naked sub Peter lick clean’s his filthy boots before he pisses all over Peter and face fucks Peter down his throat.

Master Edward needs to ease the tension from the hard work, so he decides to dominate and humiliate worthless sub Peter for the master’s pleasure. Peter is commanded to lick clean Edward’s dirty boots before being thrashed by Edward’s belt.

Edward stands over Peter and pisses all over Peter’s opened mouth before he has the sub licks clean his meaty dick. Edward face fucks Peter hard and deep until the sub can not take it any more.