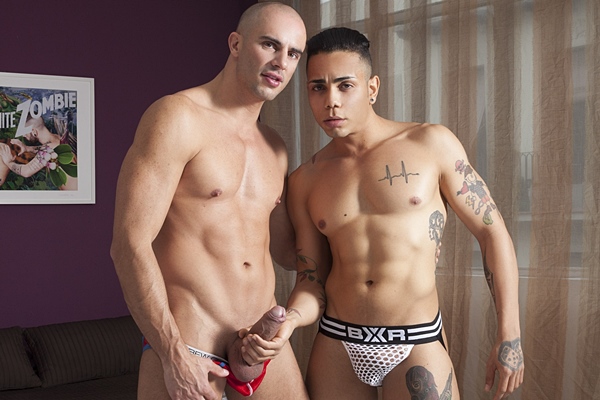 Bottom boy Gustavo does nothing to me, but he has a hot bubble butt. Diego has a special attraction for Brazilian guys. Diego barebacks Gustavo in doggy, cowboy, reverse cowgirl, sideway, missionary and reverse doggy style like a machine.