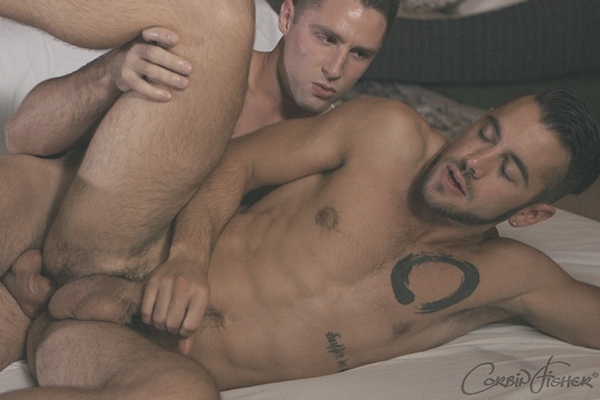 The scene looks romantic while Harper and Ryder make out by the pool on a quiet night. They take turns sucking each other’s dicks before Harper rims and fingers Ryder’s hairy hole to loosen him up.

Harper pulls out, shooting his load onto Ryder’s ass cracks before he shoves his dripping dick back in Ryder. Harper continues to drill Ryder before he shoots the rest of his load deep inside of Ryder.