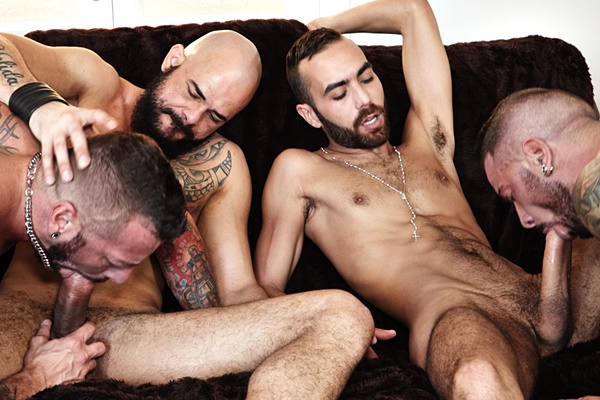 Both Dalton and Fostter’s 9″ big dicks that Dolf and Hugh can not resist. They suck two tops’ thick throbbing cocks with passion before they bend over the couch.

Dalton barebacks Dolf in doggy style as Fostter mounts Hugh from behind. Dolf and Hugh get on the back and kiss each other while they both get their muscle asses pounded hard.

Moments later, Fostter fucks Dolf in doggy style as Dalton rams Hugh. Two bottoms blow their loads before they get their wrecked holes filled with Dalton and Fostter’s hot loads.