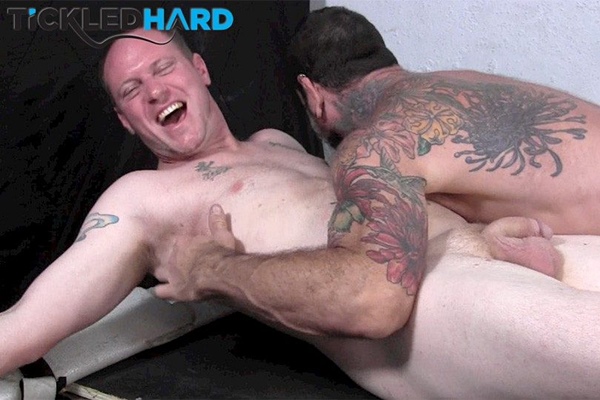 Roger looks like a younger Tommy Lee Jones. He is a married husband who likes to make some extra cash. Roger gets naked before master Franco gets him tied to the rack.

Franco tickles Roger’s armpits, thighs and belly before moving to his even more sensitive size 11 feet. He tickles Roger’s bare feet with hands and a brush until Roger is breathless and red in the face.

Franco sucks Roger’s dick for a bit before he uses Roger for a foot job. Roger strokes his dick as Franco blows his sticky load onto Roger’s soles. Franco keeps tickling Roger’s cum-coated feet until Roger begs for mercy.