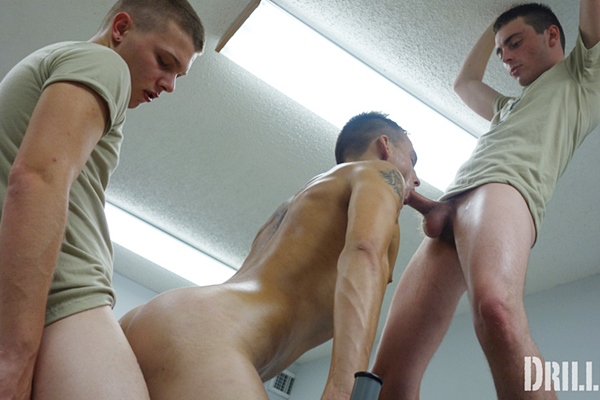 Broc has a gorgeous lean tanned body and a hot bubble ass. He’s been a brutal fucker in previous scenes. I am not sure this is Broc’s bottoming debut. But I am happy to see this cocky soldier get his both holes stuffed with hard raw cocks.