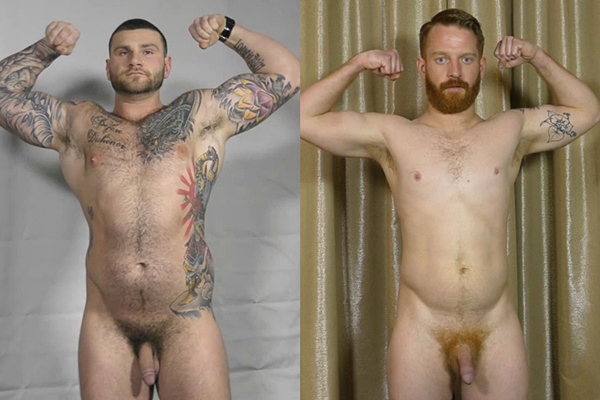 Chris is such a hot muscle hunk with his rugged handsome look, solid muscular body, a big juicy ass and a beautiful dick. Watch Chris show off his naked body before he strokes a thick load out of his hard boner.