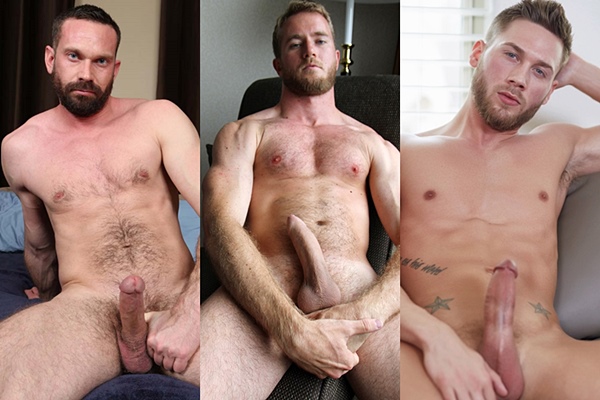 Let’s kick off the week with some hot men. Today I bring you three sexy bearded studs Cliff, Drake Temple and Hugh. Watch these hot guys show off their naked bodies before they shoot their juicy loads for your pleasure.

What a hot bearded stud Cliff is! With his rugged macho look, lean fit body and a nice dick, Cliff is now my new crush. Watch Cliff stroke his hard boner before he blows a big juicy load all over his hairy abs.

Hot blond jock Drake Temple is a web designer and model from San Francisco. Drake is sexually adventurous and likes to show off his hot naked body. Watch Drake finger fuck himself until he shoots a nice juicy load.