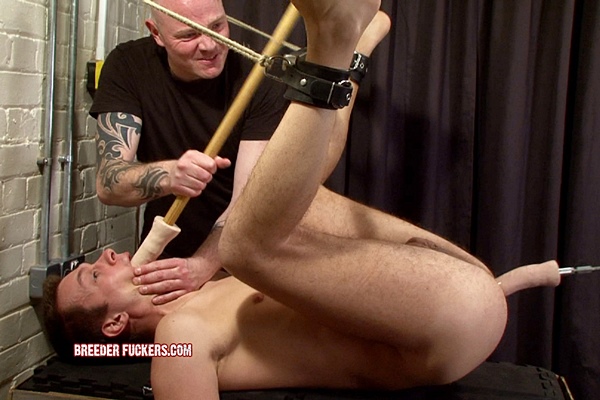 Sergei worked for Breederfuckers back in 2007 and 2008. Sergei’s comeback is a new year gift for fans. He looks hotter than ever with his hansome face, smooth body and tight bubble ass.

You will be jealous of Dave who can touch every part of Sergei’s hot naked body. He gets Sergei stripped bare, tied up and gagged, flogging Sergei’s ass cheeks until it turns red.