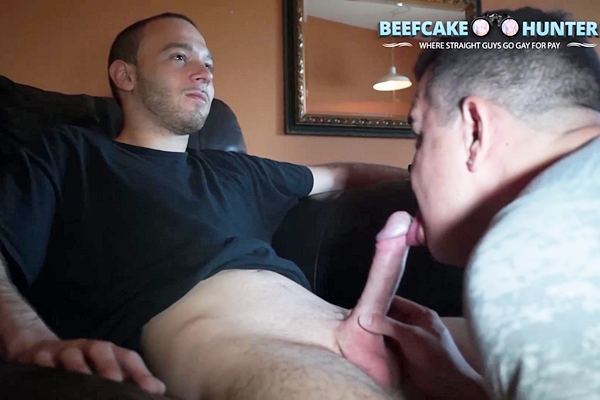 Benjamin is a 22 year old real estate agent. He is a handsome dude with a nice mushroom head cock that Victor is drooling over.

Victor sucked Benjamin’s cock in last oral scene, now he brings Benjamin back for his first ever gay fuck. Victor deep-throats Benjamin’s dick and sucks on Benjamin’s nipples until Benjamin gets rock hard.