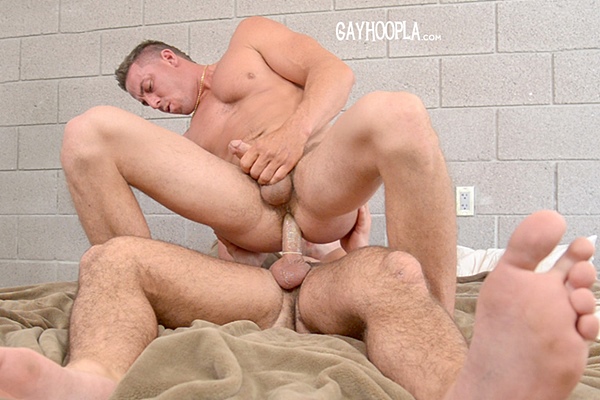 There are a few highlights you should not miss. It’s hot as hell watching Derek bounce back and forth on Ryan’s hard cock in doggy and reverse cowgirl style, fucking himself like a pro.