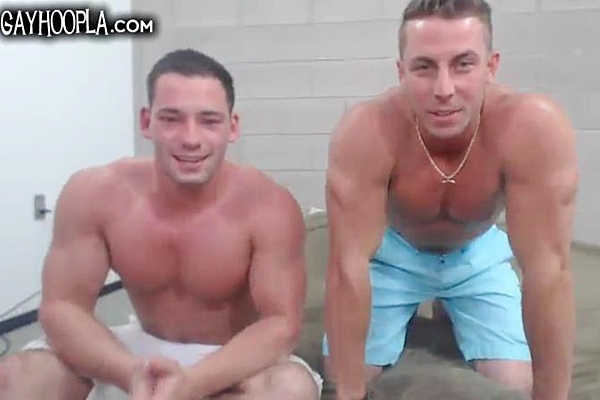 Both Derek and Ryan are straight. I’m glad to see these two hotties push their limits step by step. Derek kisses a guy and sucks dick for the first time. Ryan also licks Derek’s bubble butt like a pro.

There are lots of highlights in this scene. Derek and Ryan have hot lip-locking kisses five times, including a close-up kiss. They reveal their tight virgin holes twice to please fans. It’s hot as hell watching Derek take a butt plug up his virgin ass.

Derek strokes a sticky load out of his hard pole before Ryan jacks off. The two head to the shower and Ryan also shows us a hot simulation of fucking Derek’s virgin ass. I guess Derek’s bottoming debut will be coming soon. 😀