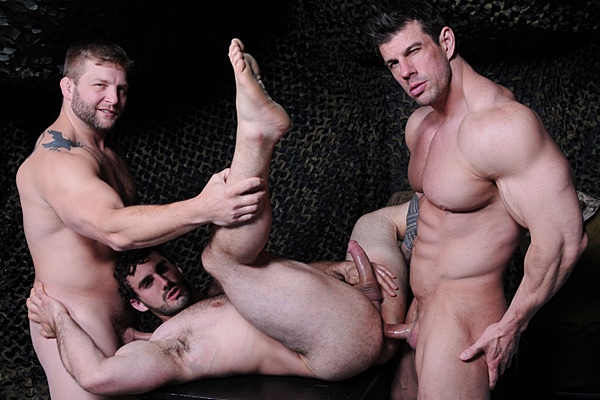 Muscle fans will love this scene. Three masculine, sexy, beefy men Colby, Zeb and Jaxton in military uniform look so sexy. And Jaxton sumbits to muscle god Colby and Zeb in every way.

He blows Colby and Zeb’s fat cock back and forth till two tops get rock-hard. Colby and Zeb take turns slamming their cocks deep inside Jaxton’s muscle ass in doggy style.

Moments later, they get Jaxton on his back, pounding him in missionary position. Colby fucks a nice thick load out of Jaxton first. Then Jaxton kneels down and two tops shoot their big loads all over Jaxton’s hairy chest.