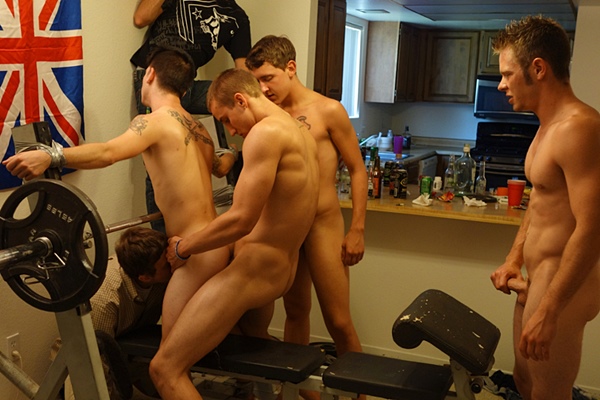 I have a crush on one of tops. It’s a blond guy on the right in cover picture.  He also appeared in previous updates. (Check my two posts: Beer, Spit & Football and Fresh Meat). He is a power fucker with a thick cock. I hope he will bottom up some day. 😀

Poor Travis suffers pains of having his both holes filled with big dicks. He can not help but moan loudly. So the bad tops tie Travis up and get his mouth duct taped. Without noise from bottom bitch, now they can focus on fucking Travis’ manhole.