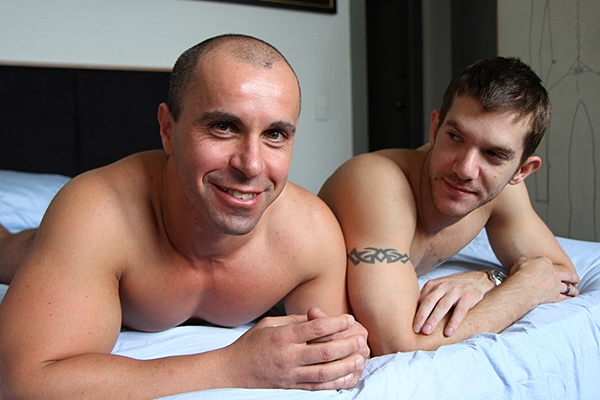 Hot Aussie lad Tommy Baxter shot his first hardcore scene in which he gets his virgin hole popped up by masculine Marco Pirelli. Watch they make out like real lovers before Marco drills Tommy’s tight ass in several hot positions.

Marco and Tommy meet up at the train station in Melbourne on a perfect sunny day. They waste no time heading back to the hotel room, undressing each other and kissing passionately. Tommy kneels down first, sucking Marco’s fat meat before Marco tongues Tommy’s tight hole.

With the look on his face, you can tell Tommy suffers pains of taking Marco’s thick cock up his tight fresh hole. Marco does not slow down though. He slams Tommy’s hot ass without mercy. Marco starts to pound Tommy cowboy, then sideway.

After a long fucking session, they lay back side by side and stroke their hard inches while Marco delievers Tommy hot french kisses. Marco jerks his dick harder and faster till he blows his big creamy load all over Tommy.