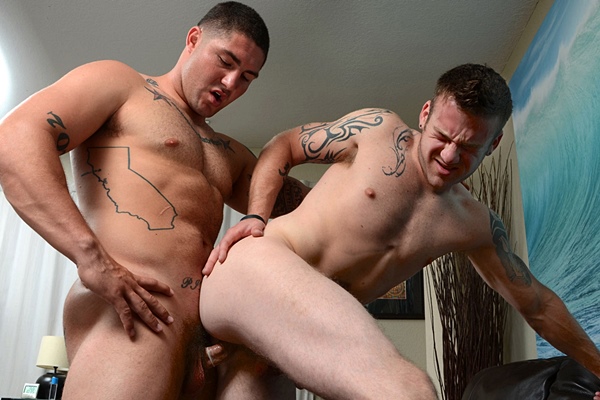 They kick off the scene with Scottie sucking Nicholas. Scottie swallows Nicholas’ big cock as deep as he can in two positions, which gets Nicholas rock-hard quickly. Then Nicholas lays back and Scottie starts to impales himself on Nicholas’ stiff pole.

The painful look on his face tells us Scottie is struggling to take Nicholas’ hard cock up his tight virgin hole. Once Scottie feels comfortable, Nicholas picks up the pace and pounds Scottie’s ass hard. Soon Nicholas gets Scottie on all fours, fucking his buddy in doggy, then missionary.