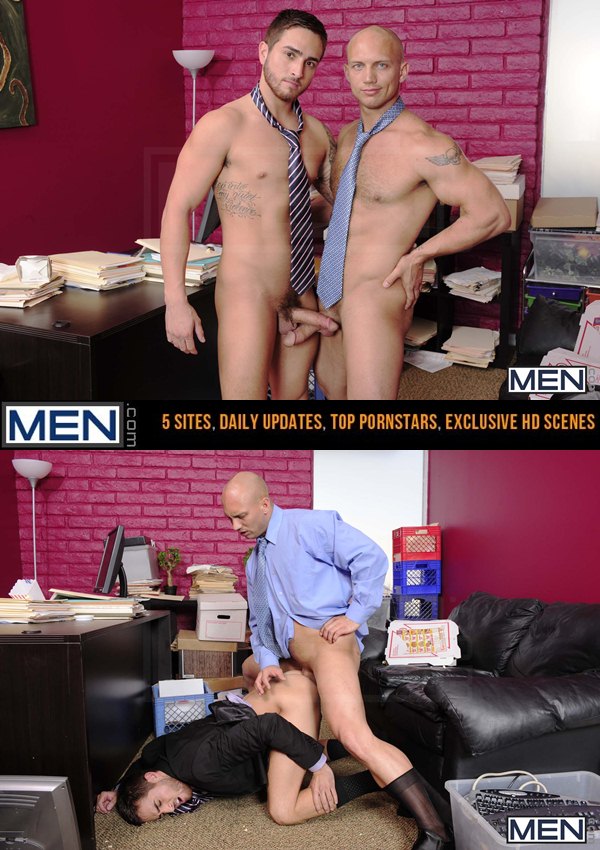 John Magnum is a demanding boss. He needs a file ready in 45 minnutes. But obviously his employee Bryce Star can not find it in time. In addition, Bryce’s office is as messy as a garbage field. When John comes over to see what’s going on, he is so pissed off. He threatens to fire Bryce. Bryce is afraid to lose this job, so he has to do “something” to make up for his mistakes — Worship John’s big dick and let John fucks him no mercy. What a nice trade!

John Magnum has had it with Bryce Star‘s messy office. When Bryce denies he has a hoarding problem John does everything he can to fuck some sense into him!