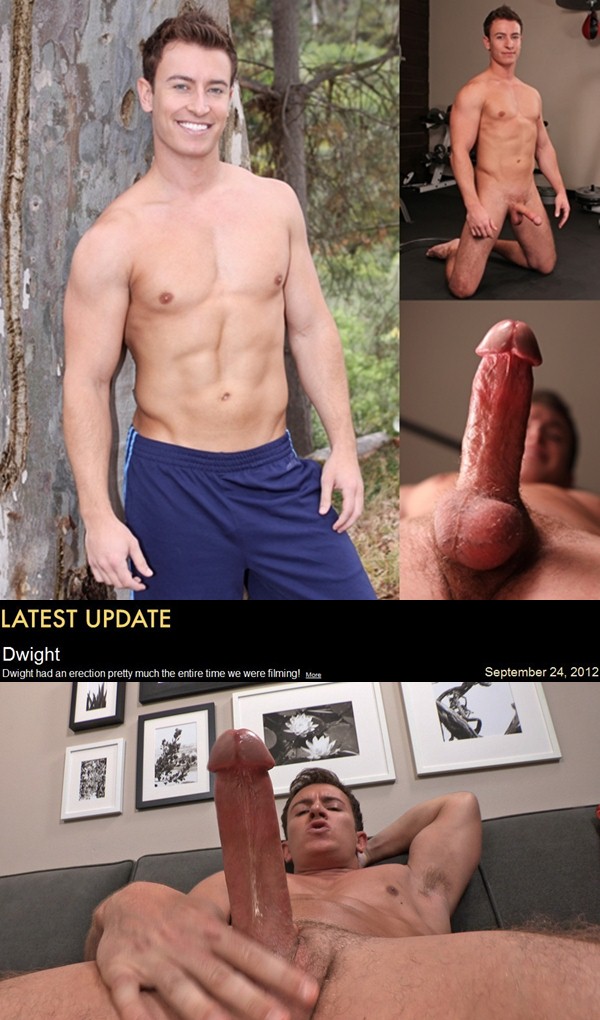 Another hot new comer. Dwight is a good looking straight guy. His sexy smile, ripped and fit body, big and beautiful dick, tight bubble butt – sculptured perfection. When Dwight strokes his nice dick his body curve and sexy moaning easily turn me on. Dwight keeps wanking his cock and finally busts a huge creamy nut on the floor. He is a hottie that I look forword to his hardcore debut.

Dwight grew up in front of the camera, so he can deliver a perfect, white smile at the drop of a hat! “I used to do quite a bit of modeling,” he explained. “Mostly for clothing lines.” “I bet that was pretty different from what’s going on here!” I said. “Not really!” he replied. “There were half naked people all over the place in some of those shoots.

I would think to myself… isn’t this supposed to be an ad for jeans?” Dwight exudes a certain confidence. Not the cocky kind, but more like the “charm the clothes off you” kind. “This has been the most fun I’ve had in weeks,” he said, flashing a smile. He had an erection pretty much the entire time we were filming, and he wasn’t shy about it at all!