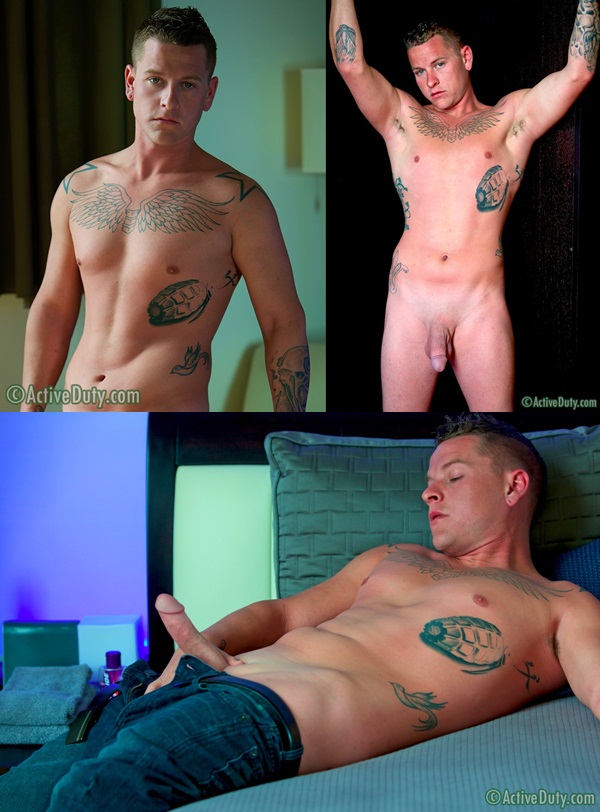 Meet ActiveDuty‘s latest recruit, the sexy and talented Chip. Not only is he a former motocross racer, but he’s also a chef. So basically, if Chip plays his cards right, he’ll not only perform, but also end up in the kitchen cooking meals for the entire Active Duty army. The compact guy, who stands at 5’7″, hails from Texas and is so beat up from his motocross days, he says he only has one real joint left (his left elbow)…

He’s got so much metal in him, he regularly sets off alarms at the airport and has to show a special pass to security that explains his loaded-with-metal body. Chip put’s on a great first solo show, complete with two-handing his big rod, stroking in front of the mirror, and exploding with six spurts!