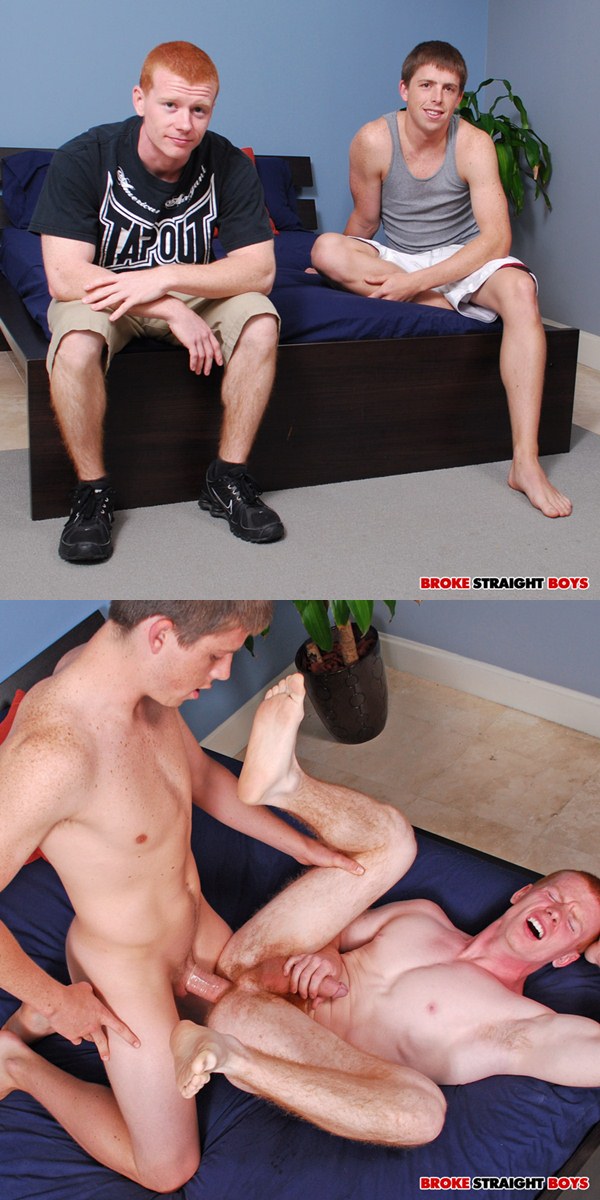 The Red Rocket aka Spencer Todd has had a good run destroying man holes. From Seth, Kodi, and Denver, Spencer has made sure all his scene partners walked funny after a Red Rocket meat injection. Today Spencer is going to learn what it means to bite the pillow. Zane Tate’s tube steak will make sure Spencer tastes the fabric. The lads dispense with the chitchat and get naked. Stroking leads to stiff dongs, and Spencer peeks at the tool that’s about to bust his seal. Zane has good home training and sucks first. He licks Spencer’s candy cane, and for awhile Spencer misremembers what’s soon to happen.

Zane likes to slurp and stroke a dick he’s working with. Get his partner all sexed up. His ministrations are working because Spencer’s sausage has never been bigger. That taste good bro, Spencer asks. Shut-up, Zane retorts right back. Spencer’s oral duties arrive, and Zane leans back to watch the show. His stout wang hardly fits into the Red Rocket’s mouth. Spencer compensates for this by making certain to keep his tongue swirling on the head. Fuck, yeah, Zane says, encouraging Spencer to swallow more fire rod. Zane attempts to face fuck Spencer, but his mouth can only handle so much. Which is fine, considering how Zane has his mind on another, much tighter, opening.

The cameraman asks if Spencer is ready. He doesn’t look it, but the time is here. He assumes the position, doggie, and Zane gets behind him. Watch the red bottom’s face as he’s gets occupied. First there’s wonder. Next pain. A look of bliss. Finally expressions and sounds that are all three. Oh, my god, Spencer wails. Zane works himself in, paying little heed to Spencer’s howling. You’re fucking huge, Spencer notes. It’s so tight, Zane observes. Zane isn’t even going balls deep. Short strokes with about half of his dick stretching the hole, but Spencer feels each rigidinch. You’re fucking huge, bro, Spencer whines once more.

Spencer whimpers oh, fuck as his ass is broken like a peach . Zane’s tool forces the Red Rocket to keep his eyes closed and just blubber. Give him credit though. He takes his fucking. A few of Zane’s thrusts are balls deep, but not many. Spencer’s virgin ass is being rearranged, butrefuses to be made totally anew. Want to flip me over on my back bro, Spencer asks. Zane does, and gets to go deeper in that red hole. Spencer jerks his rocket, trying to make it all feel good. Zane ispolite, not putting the full force behind his hurricane. He’s got better control than most ofus. -)