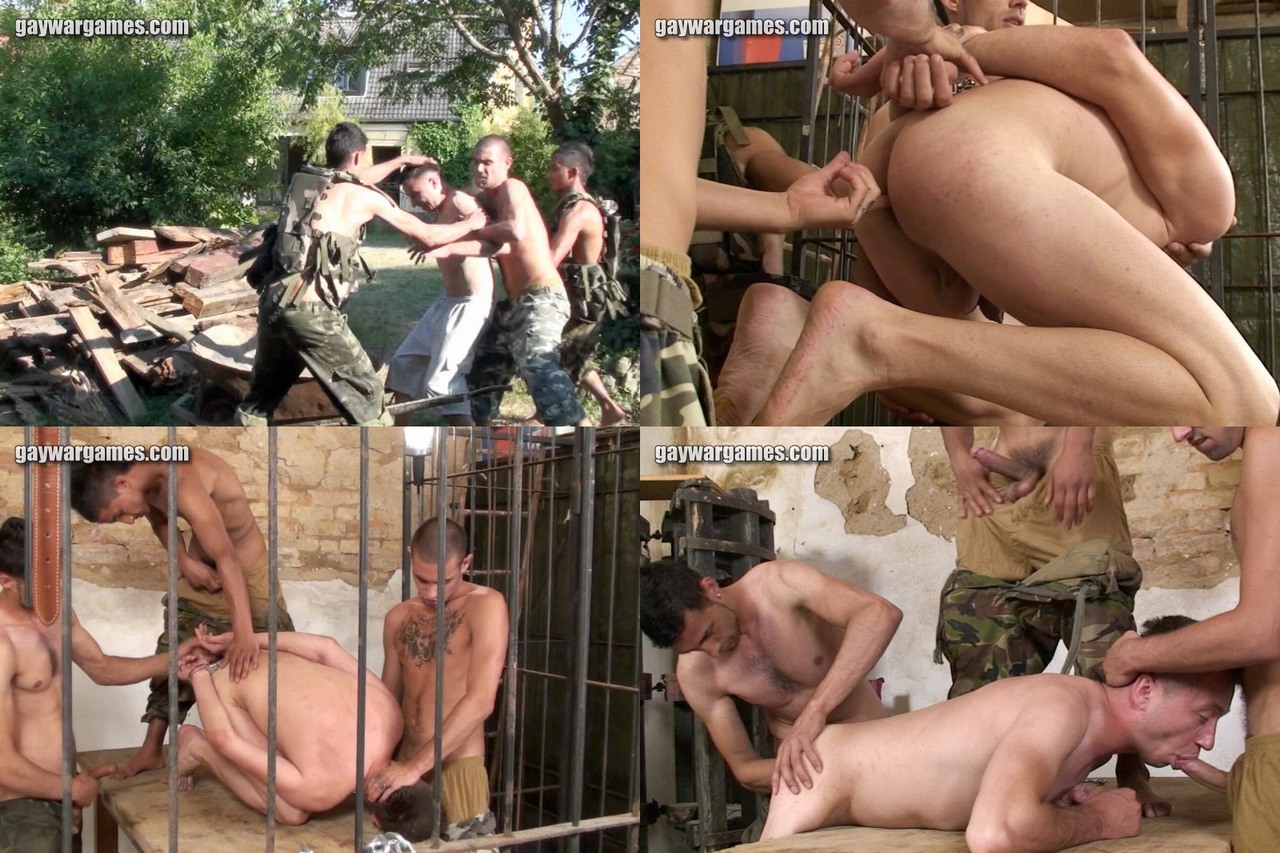 Overwhelmed, gagged and cuffed the craftsman Lech is carried aways in a hand barrow. He gets showered with ice-cold water before the soldiers drag him into the torture chamber for sex. Lech is a craftsman. For two months now he is working at a building site in Guvno, a small village near Novo Sazky. It is a hot summer day and he has been piling balks already for hours. He noticed a noise in the nearby bushes but he assumed that his wife is coming with the lunch. A few seconds later a bunch of soldiers attacked and overwhelmed him.

Ivan, Mecko and Becko have been spending the half day in this small village not far from their remote barn yard looking for young men. When they saw Lech they decided that he would be appropriate for the orgy which they plan. The grabbed him from behind, gagged him with their hands and cuffed him. Then they put the struggling craftsman into his own barrow and drove him back to their barn yard. Once they arrived they push the helpless guy under the outdoor shower. He gets a good cleaning with ice cold water. Then the soldiers drag him into the torture chamber.