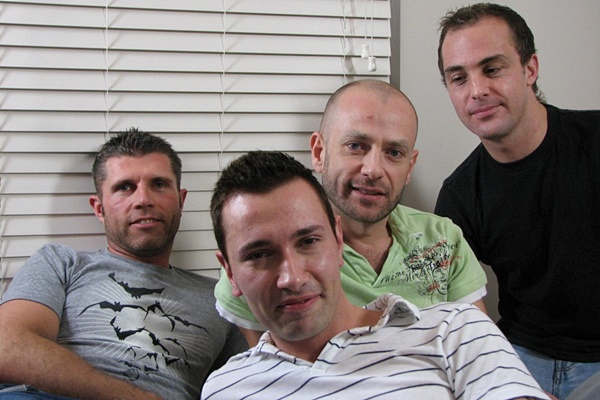 Let’s identify these hot amateur models from Amateursdoit. In the cover photo, from lefe to right, we have Branco Bronco (in grey tops), Tom Tickler (in white shirts), Sam Meat (in green tops) and Bruce Willing (in black shirts).

Branco is my favorite guy in this foursome. Branco’s a masculine stud with a sexy hairy muscle build and a tight bubble ass. I hope to find more scenes starring Branco, but I think this is the only video Branco has ever filmed on screen.